It’s Thursday afternoon which means another JEANS DAY is upon us!

I was royally STUMPED this week when thinking of a Jeans Day Weekly theme.  I was lacking inspiration.  Denim writer’s block.  But as I was walking through downtown back to work after lunch today , I thought “Hmm…cars.  Denim cars?  That’s got to be a thing.”  So I asked the internet and….IT IS.

Of course there are some denim vehicles that are just corporate cars, nothing too special here.  And also just painted/decals. 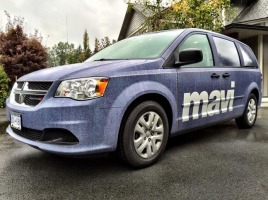 But then there are regular Joes who want to utilize the practicality of denim on the interior of their personal vehicles.

Whoa, coooooool.  Just like James Dean would have wanted (probably). 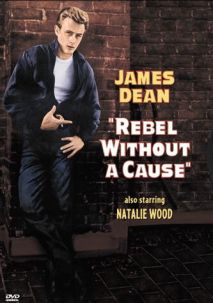 Maybe you’re a DIY Queen / King and you want to make that a reality for yourself.  No problem!

DONE! Cut and paste and stretch and stuff your old dungarees around your car seats.  Coolest minivan in the carpool!  And for the coolest DAD in the carpool, a crisp denim dash in his Mazda:

His buddies would say this looks “slick”.
But there’s always one jean fanatic in every carpool who just NEEDS to outdo everyone else.  You know the one.  This guy: 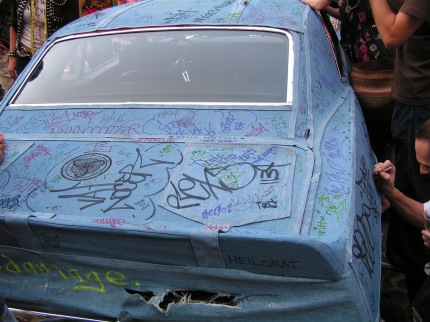 Yeah, well Dylan’s dad also has warrants for his arrest in three states — sweeeet.  Dylan fights it for a long, long time, denies his love of denim, shuts off that part of his psyche, until one day, deep in the bowels of England, he creates this:

And he is PROUD of it.  It’s who he is and what he came from.  Years of suppressed denim lust spewed out onto this poor, unsuspecting little car.  Bet you’re getting all the dates now, Dylan.

Also this is a thing: